Background: Cholelithiasis is a global issue and it remains a common reason for surgical management, underwriting substantially to health the care costs. The aim of the present study was to determine subjects with gall stones coming to the department for ultrasound.

Materials and methods: The present cross sectional observational study was conducted amongst subjects aged more than 15 years reporting to the hospital for abdominal ultrasound. Prevalence of the gallbladder outcomes was measured as percentages with 95% confidence intervals.  All the data thus obtained was arranged in a tabulated form and analyzed using SPSS software.

Conclusion: The prevalence of gall stones in the present study was 5%. There is a need to create substantial awareness amongst subjects regarding this disease as majority of this is asymptomatic. 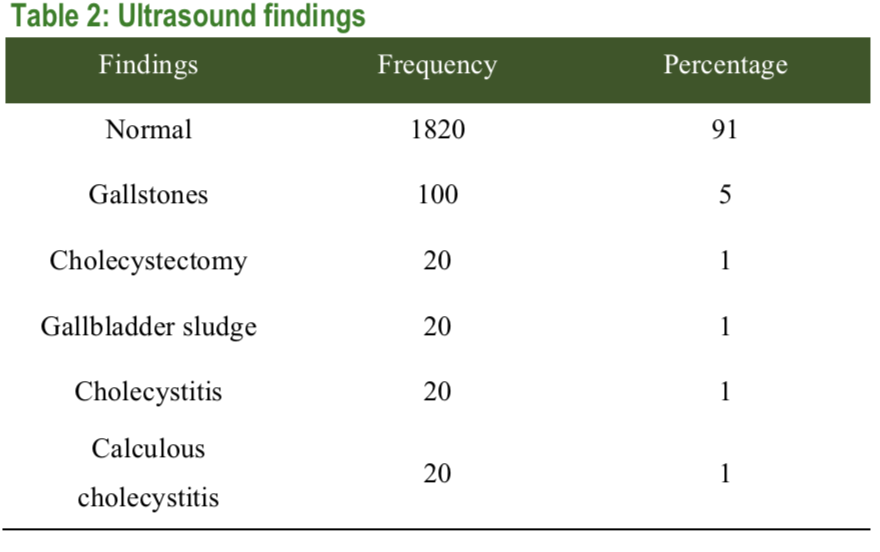